George Orwell’s Commander in Spain: The Enigma of Georges Kopp

Belgian born Georges Kopp fought against Franco in Spain, used his engineering skills as a front when he went undercover in Nazi-occupied France, and finally escaped to Britain, where he became George Orwell’s brother-in-law.  Orwell may have used him as a template for O’Brien in Nineteen Eighty-Four.  That enigma was Georges Kopp. 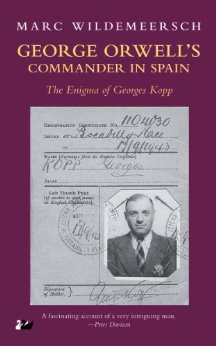 The event starts at 7pm and there will be light refreshments available.