The Steps of Creation is a new contribution to science, more especially theistic science embodied in The Theory of Nanocreation and Entropic Evolution. The agreed facts of modern science are incorporated into a new theoretical framework in which God is the Designer of matter and the Creator of life. Natural Selection leading to the evolution of new species is an integral part of this theory. However, evolution in this theory is essentially entropic; it involves a running-down and loss of information. Genetics is explained in Part I, and the ways in which mutations switch off genes. Switched-off versions of genes may be selected to bring about adaptation to new environments, speciation and increased diversity. Reduced forms abound in every kingdom of life – a clear support for the concept of Entropic Evolution. Part I presents a new classification of classes of organisms – based on 120 steps of creation. In the last chapter of Part I the hypothesis is put forward that life produced water on a formerly dry planet Earth and that life itself produces the conditions for life. 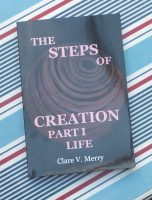 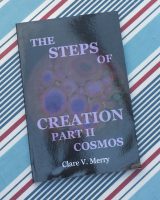 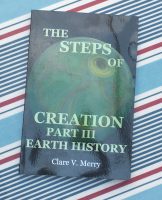 The Steps of Creation Part 1: Life

The Steps of Creation Part 2: Cosmos