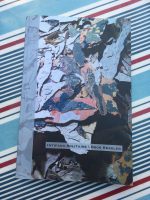 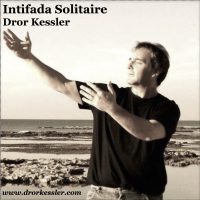 Collection of poems, songs and other works (~150) in English, Hebrew and a single Arabic translation by Singer Songwriter & poet Dror Kessler. Includes forwards on the Israeli Folk scene (en), songwriting (en), the state of Israel (he) and poetry in the south (he). Also includes original artwork by Dror Miler based on several poems. Intifada Solitaire – a spontaneous modus operandi adopted by an individual operating in a public space, which renounces the tyranny of established methods of operation, organisational frameworks, external resources or the favorability of the action itself. This renunciation creates an autonomous space hosting a utopian private sub-reality, in which objective obstacles are blurred and the public space is captured in its unguarded state, thereby enabling the crystallisation of subjective motives, increased feasibility of the action and a heightened sense of presence of the individual during its realisation. The name, “Intifada Solitaire” corresponds with name of the terroristic phenomenon known as the “Intifada of the Individuals” and thus provides an additional frame of reference for individual actions, creative or destructive, in the public space.