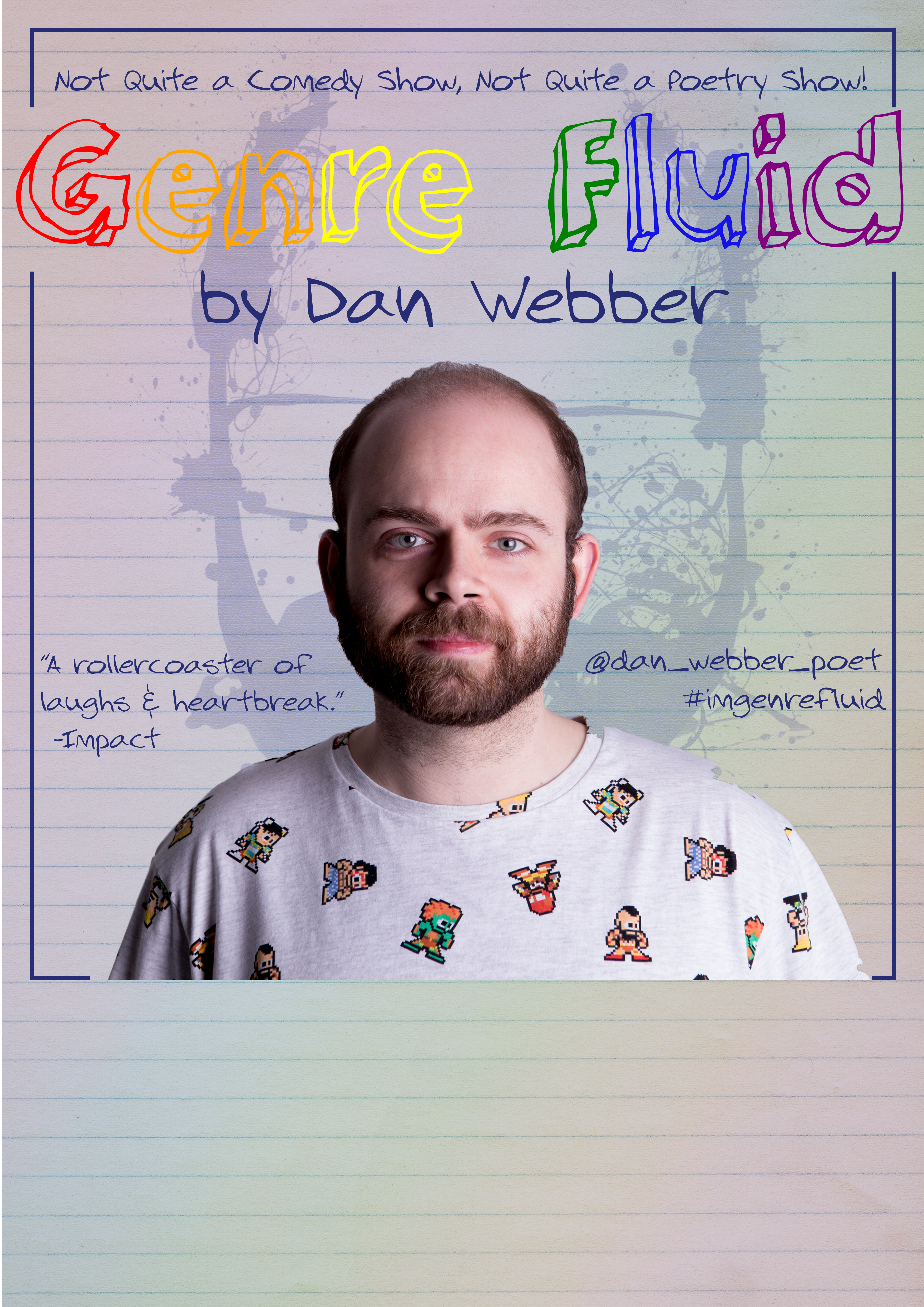 There are just a handful of tickets left for this! Book now to avoid disappointment by calling us on 01629 823272.

The stand-up poet, reluctant bear and attempted vegan strips… away labels of life, love, the arts and the LGBTQ+ community in this fast-paced, honest and hilarious debut. Under constant pressure from marketing people to decide whether he is a comic or poet, Dan navigates through the confusing world of definitions.

Being constantly told you’re a comic at poetry nights and a poet at comedy nights can be very confusing, as is the constant pressure to define yourself and your work.

Genre Fluid is a study into labels in everyday life, in the arts and the LGBTQ+ community, written by Dan Webber (reluctant bear, attempted vegan).

The show lasts just over an hour. Please arrive early for a 7pm start. We will have an interval for refreshments and a Q+A, where you will also be able to purchase Dan’s book Genre Fluid. Tickets are £8.00 inc. a drink. To book your place, please contact Scarthin Books on 01629 823272.

**
Dan Webber is an LGBT+ Spoken Word artist based in Derby.

He has appeared at Edinburgh Festival Fringe, YNOT Festival, Leicester Comedy Festival, Queer As Jokes London and Incite at The Phoenix Artists Club.

In 2016 he was named BBC Local Poet for Derby for National Poetry Day, in February 2018 performed as part of the 25th Birthday celebration for Leicester Comedy Festival and in 2019 competed in the inaugural Comedy Bloomers LGBT Comedian of the Year awards.

His first collection ‘Genre Fluid’ was published by Big White Shed in June 2019, with support from The Big House and The ERDF Development Fund.

“His words are a ride, gliding through intimate storytelling before surging into an eddy of intricate rhymes designed to trip your mind”
Marbles Magazine
“Sentimental musings on self, mental health, masculinity, appearance, and place, all delivered with a playful and occasionally giddy appeal.”
LeftLion Magazine
“A roller coaster of laughs and heart breaks”
Impact Magazine