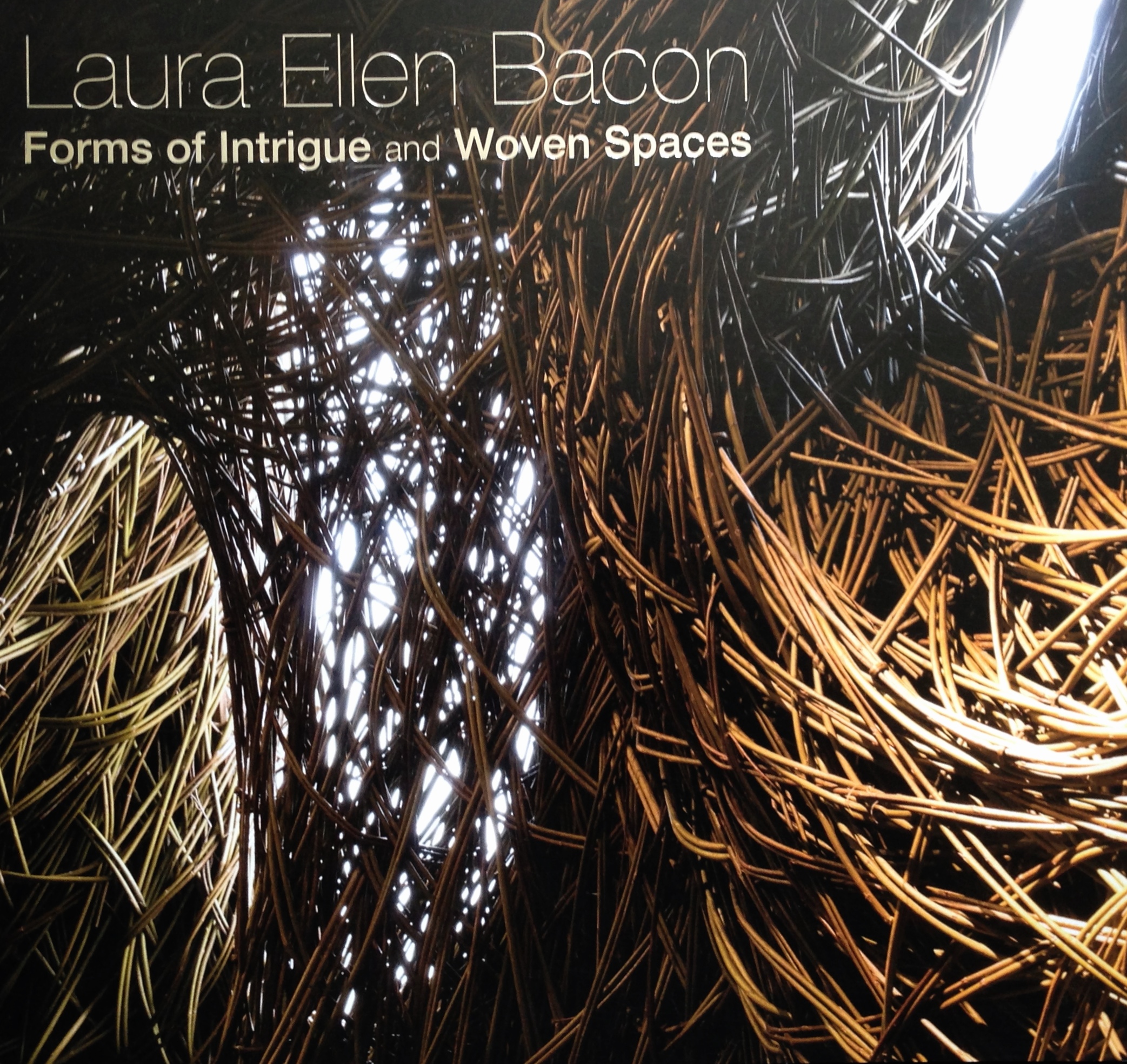 For over a decade Derbyshire artist Laura Ellen Bacon has been making art of a unique and compelling quality.
As she says in her latest book, ” The ambition in my work is to generate a kind of intrigue and an appeal that touches a powerful nerve (perhaps ancient in its origin) that we cannot precisely locate”.
Laura’s work uses mainly willow, weaving large and complex structures outdoors. Initially I see them as nests, large and strange, yet recognisable, and I wonder what kind of creature could have made them. But then the more I look at them, the more mysterious they seem and I am indeed intrigued. They seem to take on alien forms and then seem alive, like creatures. The one at the Arts and crafts house in Cumbria certainly looks to my eyes like an animal scaling the wall.
Laura herself says “as if the work will continue to grow when the viewer’s back is turned ” and even in the book there is an almost hallucinatory sense of movement in much of her works.
Like Andy Goldsworthy and other environmental artists, her work seems both a natural part of the the environment and a striking addition to it. The installations on houses and walls bring nature in contact with man-made structures in ways that are unsettling – the one at the Artist’s House in Wiltshire seems almost threatening in the way that the nest-like structures creep along the house, reminding one of the power of nature, whilst at the same time reminiscent of an alien invasion.
The works require hours of repetitive work and, close-up, the repetitive yet complex patterns of the works are quite mesmerising. She also works in other materials, I was struck by her use of old computer cabling for her installation in London.
Willow is her main medium and she has recently begun to weave large structures that allow the interiors to be experienced. On pages 48-49 there is a striking structure appropriately called “into the weave”, at Derby Museum and Art Gallery.
The book is a very well produced and illustrated introduction to Laura Bacon’s work, and a bargain at the price, but it should serve as a spur to get out and view her work in its locations, which really bring home just what a talented and exciting artist she is.