Scarthin Books has appeared many times in the media over the years.  See below for press pieces and information about our recent Crowd Funding and Fourth Place Olympic Medal campaigns.

Kind Words In the Press…

“Of course, others might prefer the altogether more earthy beauty of a shop like Scarthin Books in the Peak District. Scarthin’s has been selling new and second-hand books since the mid-1970s. It has rooms full of new and old books, a delightful café and what can best be described as a small exhibition of curiosities on the first floor.”

“At the edge of a lake in the village of Cromford, (Derbyshire) you’ll find Scarthin Books, that claims to be the most charming bookseller in the UK – and they are absolutely right. Full of shelves overflowing with new and second hand books, it is a little paradise lost in the English countryside. Enter through the doors and discover another world.”

The Bookshop Around The Corner

“The oddness is what makes Scarthin Books so special. There are so many rooms and nooks and crannies I wouldn’t have been surprised to have turned a corner and stumbled across someone asleep on a bed.”

Your Favourite Independent Bookshops (The Guardian)

“It always helps draw us towards Derbyshire: after a morning on the hills (or if it’s raining) this is the perfect bookshop. It sells new and secondhand books on three floors, well-ordered, always open, friendly staff, and whole rooms dedicated to music and to children. And it has the best cafe (even better than Barter Books in Northumberland!) hidden behind a moving bookcase serving generous portions and lashings of tea all day long, where you can sit and ponder how to whittle down the 10 books you’ve found to a manageable five.”
Michael, south London

What People Said About Our Crowdfunding Campaign…

BBC News: ‘Scarthin bookshop in Cromford ‘could fall down’
“A bookshop once named as one of the best in the world could fall down unless £10,000 can be raised for structural repairs, say its owners. Four steel columns need to be installed at Scarthin Books, in Cromford, Derbyshire, to support the weight of about 100,000 books over four floors.”

Matlock Mercury: ‘Cromford bookshop crumbles under its literature’
“Scarthin Books, in Cromford, needs major renovation to ensure its three floors don’t crumble under the weight of the literature, and owners have launched an ambitious fundraising drive to save the shop.”

Den of Geek’s 50 brilliant independent bookshops in the UK

“You have to admire a commitment to books so strong that it literally threatens to bring the house down. That was almost the fate of Scarthin Books, which opened in 1974 and launched a successful crowdfunding campaign in 2015 to cover half the building costs required to make structural repairs caused by the weight of almost 100,000 books spread over four storeys.”

It was hard for these athletes to miss out on a medal by such a small margin, but a thoughtful hero came to their rescue. David Mitchell from Scarthin Books in Cromford, UK, who has sent medals to 4th Place UK and US Olympians in the past, sent the girls each a beautiful, engraved medal for achieving their own 4th Place at the World Championships.

Thalia was thrilled to be recognized with a medal: “We thought we would sink without trace in 4th, even a 4th at Worlds, but this medal will always remind me of how well we did in China. Thank you so much to David for his incredible kindness!”

Mitchell thought up the idea of handing out fourth-place medals after the games in Beijing, China. “I just thought it was time that another medal was added to the competition and I think London has kind of missed it a little bit (by not doing it), and I’m hoping Rio realizes it’s the right time to do it,” he said. “Basically, I thought it was just time. It’s so competitive now and the standards are so high.” 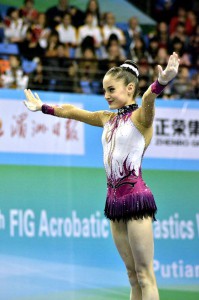 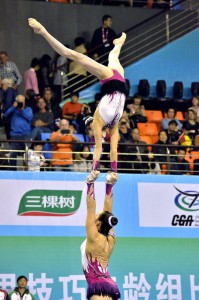 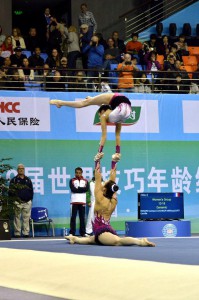 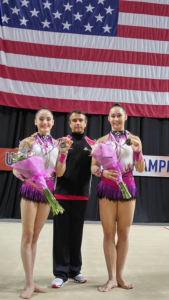 “An eccentric bookshop owner has decided to take matters into his own hands to ensure sports men and women are given the recognition they deserve. David Mitchell, who owns Scarthin Books, in Cromford, has used his own money to create and send fourth place pewter medals for Olympic contestants who narrowly missed out on bronze.”