Immerse yourself in this unique new room, fully dedicated to all things musical. From new books on how to play jazz, second hand piano music and classroom books to expertise books on classical composers, such as Mozart, Brahms and Purcell, vocal waltzes and even a Bob Dylan Encyclopedia! Everything ever musically imaginable has been in this room at one point or another. With so much variety and selection of different sheet music, books and CD’s, it’s easy to slip into a trance and be in there for what seems like ten minutes, but what is actually a few hours! Having a comfy, relaxing armchair and a spacious desk allows anybody to sit and pour over the endless amounts of music to their hearts content.

Because a lot of the music is second hand, the type of music varies all the time, so the selection of music and books in the music room one week could be totally different to the selection of music another week. Not only is there second hand music, there are lots of new music books, including numerous jazz books. Also very unique to Scarthin Books is the wide range of orchestral scores and Elizabethan era music, which has its own dedicated trays. There is music for lots of different musical instruments, including the obvious instruments like the piano, organ and guitar, but also many lesser known instruments.

The Music Room is maintained by the ever-patient Bev. 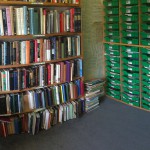 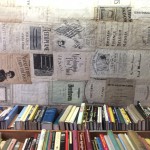 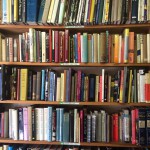 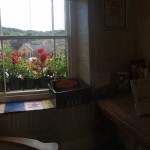 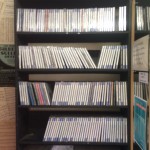 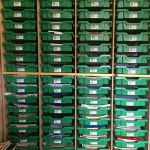 Our new, dedicated, Music Room (The Thomas Holly Music Room) is now open on the top floor. All of our sheet music has now been put into order (by Edmund) and is contained within trays and all of our books on classical music and opera (s/h) are together at last in one place.

We’re currently working on the creation of a new, dedicated music room.  I’ve given up my office so that we can finally display all of our sheet music, along with books about classical music and opera, all in one space.  We’re hoping that it will be ready by the end of September… 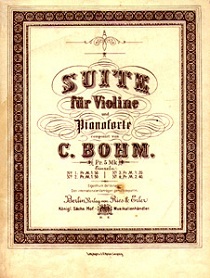 This is a kind of giant piano stool and the contents can become equally chaotic. By all means organise our sections as you go through them! We receive far too many piano works, songs of yesteryear and popular classical collections – though these are all welcome in moderation. We need more orchestral and band music, more contemporary material, more jazz, rock and folk and more for instruments other than voice, violin and piano.

We welcome organists as caves welcome hermits. In-print items can be identified from our databases and ordered, though publishers seem generally less efficient than in the book world.

As for books, you won’t find any on the Spice Girls, but you will find books on Classical, Rock, Jazz, Blues, World and Ethnic music and guides to playing slide guitar, Celtic harp, didgeridoo, African drums and anything else we can find. If you fancy singing or dancing, then we can come up with something for you too.

These include a few choir sets (four to ten copies) of SATB items ancient and modern, some albums of Victorian parlour music, both forgotten and celebrated (Brahms, Gounod, Schumann) and the usual selections of song-sheets, piano and violin music. Regards from Dave, P.S. we are now working through a serious collection of choral and organ music plus a wadge of eulenberg miniature scores. Nice to see some cult 20th. century composers! 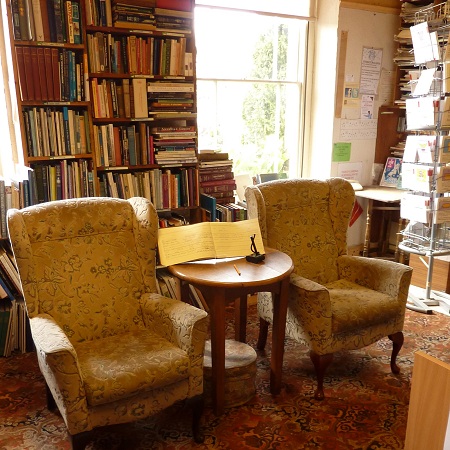 If you ever wondered how quality sheet m

HOW MUSIC IS MADE

Music was produced the following is an extract from an Edwardian book of music (Circa 1905):

“The way to cook a rabbit is to first catch a rabbit”, etc, applies forcibly to the initial process of producing a musical composition in sheet form; and it may be further added that manuscripts worth publishing are as hard to procure as the traditional rabbit. As all large music publishing concerns are constantly in receipt of manuscripts sent for examination and sale, it becomes necessary to inspect each composition as soon as possible, otherwise they would accumulate to such an extent that a separate examination would be next to impossible. For this purpose is employed a thoroughly educated and practical musician, one who not only performs at sight, but who is also a master of harmony and composition.

After carefully trying over each piece, and noting his opinion thereon, the result may be the selection of one or two manuscripts out of perhaps fifty, the balance being returned to their respective authors marked “rejected”. We will suppose that one of the pieces recommended by the inspector is a song. The publisher now holds a manuscript which in the opinion of his inspector is worth publishing, that is, it has some point of excellence that might result in the piece becoming popular.

The next step is to read the letter sent by the writer of the song, and if the author’s demands are deemed reasonable his terms are accepted and the song is “put in hand”, not, however, before the publisher has first satisfied himself that the words are correct and suitable, and that the title is not already in use. The manuscript is then taken by the engraver, who, seated at his table, begins the work of transferring to metal plates the “copy” before him. For this purpose he employs a hammer and a multitude of small steel dies, each one of which represents a character of music, in fact everything from a brace to a double bar, and from a grace note to a “sixty-fourth”, besides rests, slurs, crescendos and a full set of the alphabet in various sizes, such as agate, nonpareil, primer, etc.

Upon the table before him rests a slab of iron about two feet square by two inches thick. This is the anvil on which is laid the metal plate aforementioned. The latter is composed of white metal and is one-sixteenth of an inch in thickness; the surface is highly polished and resembles burnished silver. With the aid of compasses, rules, and other peculiar tools, the lines, bars, etc, are laid out, after which the engraver proceeds to fill in the music and words, and thus each plate is treated until the song is finished.

While the music engraver is busy with his manuscript and dies, the title engraver is not idle. By a process exactly similar to bank-note or steel engraving this individual prepares the title, which, as an obvious necessity, must be entirely original in design, both in lettering and ornamentation. The metal plates used for titles are the same as those used for music.

The music plates and the title being finished, proofs are taken from them and submitted to the music inspector, who carefully examines each page and makes the necessary corrections, after which they are returned to the engraver. The latter individual having made the designated changes or additions, passes the plates to the superintendent of the press-room, where they are in turn given to a pressman.

The press used is the same as employed in steel-plate printing, and can, therefore, only be worked by hand. This process is necessarily slow and tedious, but it is the only method by which first-class sheet-music can be made. After the music is printed, the music sheets, which are still wet, are hung upon racks to dry. The drying process consumes about two or three hours, when they are taken down, folded, and put in a press, where they are usually left over night. In the morning they are taken out, and we have before us a pile of elegant plate music, “the latest song of the season”. “Plate” editions will always be preferred by all who appreciate music that can be easily read; in fact to those accustomed to plate work, “type music” seems like no music.