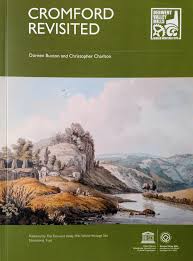 Well, the results are in for our top 25 best-selling books of 2013, so start humming the chart run-down music (you know the one, from Radio One back in the day) and see how many of these you’ve read (or may want to come and buy)…

This list excludes multiple copies ordered by institutions (such as schools or councils) and doesn’t include gift items or maps.
Several of the books in the top ten were helped by book-signing events and/or were well publicised by us.  A couple (Cromford Revisited and Lattice Labyrinth Tessellations) were only published a month or so ago and have still sold an incredible 84 and 30 copies respectively.  Dave’s book (Tessellations) should continue to sell well this year (with enough encouragement and cajoling). It’s also interesting to note that a number of Art books – not traditionally multi-selling titles, have made it onto the list – all of which are given prominence on the display table in the Art Room (Illustrated Life, Art of Clean Up, Print Workshop, First Book of Nature), selling almost 60 copies between them.
It’s great to see local authors (David Mitchell, Stephen Booth, Alison Moore, Sheila Hine, Alan Roberts, (the late) Freda Bayles, Doreen Buxton & Christopher Charlton and Graham Joyce) dominating the list, despite competition from big names such as Hilary Mantel and (the film-inspired resurgence of) F. Scott Fitzgerald.
Many of the titles just outside this top 25 include some of the classic children’s books.  Items on sale in our Gift Room sold incredibly well, with five of the ‘Poems Instead of Cards’ range outselling all of the books from 11-25 in the list, and our Parkwood Pottery range continues to sell incredibly well.
Of course, this is only a snapshot of what’s been POPULAR at Scarthin Books over the past year – this doesn’t make them more important to us than the more obscure titles that we will always strive to stock and that may only ever sell every now and then.  Heaven forbid we should have decided to stock and promote the latest book (whatever that may be) by Jeremy Clarkson (for example) and put our efforts into promoting that, I dare say we could have scraped it in at number 24 (but we didn’t).  Nonetheless, it’s a fascinating picture of what folk have been buying throughout 2013 here in Cromford and we’ll wait and see what 2014 holds in store…
David Booker | January 2014